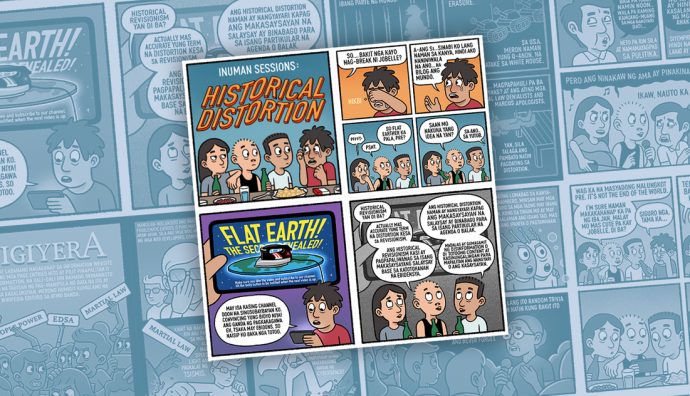 Comics are a form of entertainment that has been around for a long time. Comics have experienced very rapid development. Comics came from decades ago, and are still growing today. In fact, it can be said that nowadays comics have been growing. It is true that technological developments made comics in print form less popular. There are many printed comics which then gradually cease to be released and eventually switch to digital formats. However, this does not prevent the many exciting comics that are emerging today and there are tons of comics that can be read and enjoyed.

In this case, comics are sometimes inseparable from the term manga. Manga itself is actually a specific type of comic originating from Japan. There are also many comics that are then made into animation and are commonly known as anime. Besides manga, now the terms manhwa and manhua are also appearing. Manhwa is also similar to manga, but this is a comic that originated in South Korea. As for manhua, this is a comic that originated in China. This of course is very common nowadays. With the development of the internet and social media, comic strips are now also available. This is a type of comic that is popular on social media, especially Instagram. Comic strips are comics with a size that is not too long and does not always consist of episodes and chapters that are connected to each other. This comic strip comes with only a few panels and is therefore widely found on Instagram.

Related to this comic strip, there is a comic strip community that is quite interesting. In this case, there is a community name called Rainstrip Bogor. As the name implies, this is a community of comic lovers, especially comic strips and this is from Bogor. Comic lovers and comic makers have also joined this Rainstrip community. What’s interesting about this community is not only the number of members, but also in terms of the founders or initiators of this community of comic lovers and creators. The initiator is Devano, and he became the initiator while still in elementary school education. With his interest in comics, Devano, who was still very young at that time, created this community and it is growing very rapidly.

There are many works that have been made by this community. In addition, there are also works and participation from this community in various events and events. The events that were followed were not only in Bogor, but also in other areas. To become a member of this community is not difficult. The main requirement is to subscribe to Ciayo. This is a platform for reading comics and it is a platform made in Indonesia. This is not only a requirement, but also to further popularize the platform.

In addition, there are also many online comic communities for the comic strip category. Most of them appear on Instagram because there are features that support the creation and release of comics that come in a strip concept where one post can consist of several sets of images. The content is also very diverse. There are comic strips that feature jokes and other humorous things. In addition, many also present social criticism and other content. That’s all too much that can be enjoyed for free and do not have to pay. There are many comic strip creators who then join the accounts of large comic communities.