Home>Comic>DC comic history in the USA 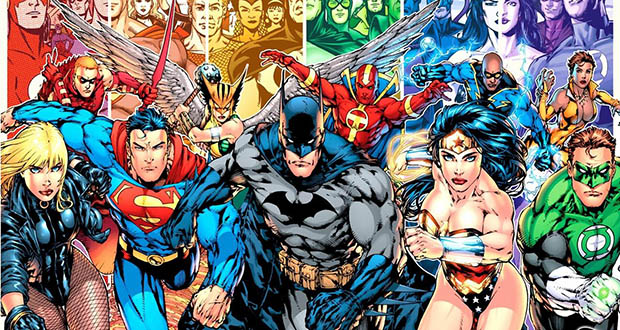 Most people around the world know DC, because some of their great works can always fill the entertainment world, both comics and films. established since 1934 under the name National Allied, the son of the warner bross company debuted with the release of a comic magazine entitled More Fun Comis, this is a comic magazine that contains stories – stories of humorous superheroes.

DC comic history in the USA began with several first generation characters such as Green Arrow, Superboy, Specter, Aquaman and Johnny Quick. Then the emergence of a new superhero store called Superman was launched in the first edition of Action Comics in 1938 and continued with the emergence of Batman figures in the 27th Detective Comics series.

The two comics and characters made DC a lot of people loved in America, namely in the Action Comics and Detective Comics comics. The increase in sales of comics in a short period of time was also due to the presence of these two DC-created superhero figures, even the two fictional characters, superman and batman, were also used as icons as well as national fiction figures in Uncle Sam’s country.

The success of the emergence of Superman and Batman figures also made DC again bring up several new names in a row of homemade fictional superheroes, they are Green Lantern, The Flash, and Wonder Woman. Then the idea to unite all the superheroes into one comic was only in 1960 which was the year of the creation of the Justice League, in this comic all DC-made superheroes appeared and did not miss the presence of Green Arrow and Aquaman.

After reaching his fame, the name National Allied was then replaced with a new name which until now is known as dc. The name change made in 1977 is nothing but not because it refers to the success of Detective Comics which has brought this one company to be more famous than before, and the name DC was chosen as the name of this new Warner Bross subsidiary to date .