Home>Comic>Marvel comic history in the USA 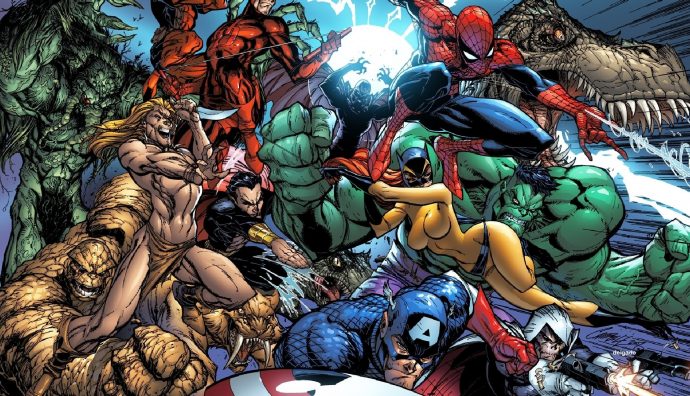 For those of you who like to watch movies or read comics about superheroes, then surely you are no stranger to dc and marvel companies. The two companies have always been able to provide positive and interesting entertainment through several famous superheroes, but did you know about the history of Marvel Comic in the USA?

Being a DC competitor, Marvel appeared and was formally established in 1940 under the name Timely Publications. Drawing on the success of the DC that has published its fictional comics, marvel also made a similar genre of comics entitled Marvel Mystery Comics, but this is what distinguishes the two because Marvel at that time did not make any superheroes like dc.

In 1941 this marvel did not only make Captain America, but there were also a number of other superhero figures, but not as well-known as The Vision, Whizzer, and Miss America. Although it cannot defeat the popularity of superheroes from DC, at least Captain America almost succeeded in following the success achieved by the two DC-made superhero figures.

After that, Marvel returns a new charm to follow the success of Justice League through the fantastic four it released. Fantastic four is a designation for a group of superheroes who are members of Mr. Fantastic, Human torch, Invisible Girl, and The thing. This is where the initial success of the recognized Marvel Comics is able to become a real DC competitor, Fantastic Four comics are present and get a lot of positive responses from American society.