Home>Comic>Best Comic Artists You Should Know 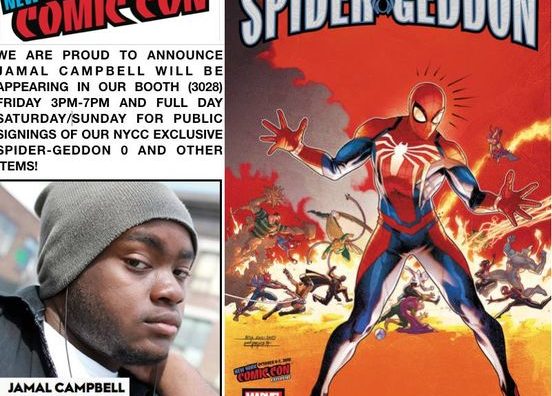 Best Comic Artists You Should Know – What is the best way to enjoy reading a comic book? You could either fall for the story line or the quirky illustration. Many of comic fans are drawn to read more chapters if they love the pictures presented in the book. The person who works hard on the process is called the comic artists. Can you name them based on the comics?

His name has been mentioned several times in 2019. At that time, he works together with another famous comic artist named Naomi. This year, he accepts another project called Far Sector. As expected, he could present an outstanding result for the comic. The story revolves around the hero that lives in future land. The reader won’t find any character like this in other comics.

There is a sequel of Batman called Three Jokers. This is one of the most-awaited sequels, at least for the comic version. Thanks to Jason Fabok and Brad Anderson, the story is even better with the illustrations. They pay attention to details and how a professional movie producer would record the angle. As the result, the comic appears as the 2D version of the movie.

Guruhiru is the only Japanese comic artist in the list. Although the name seems to refer one person only, it is actually two persons’ works: Chifuyu Sasaki and Naoko Kawano. Both artists have similar preference for their works: clean and elegant but also expressive and has bright colors. For those characteristics, they are appointed as the comic artists for Superman smashes the Klan series.

While creating comic blocks, the artists often worry about small things such as continuity. In fact, it might limit the creativity and the true color of the artists. Given the freedom to explore their own style, Warren Johnson and Mike Spicer agree to work on Wonder Woman: Dead Earth pieces. The reader would enjoy the rock and metal touch in the comic pieces.

Do you enjoy King Arthur stories? The latest comic about this legendary king is titled Once & Future. The artists that work on this piece are Dan Mora and Tamra Bonvillain. Their creative exploration makes the comic unique and has its own charm.

Great stories cannot be popular without the comic artists who breaks the plot into several episodes. Then, the characters should be drawn as depicted by the original writer. There are plenty of comic artists, but only some could earn the prestigious award and global acknowledgement from global comic fans. Do you agree?