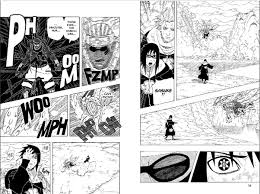 Get Official English-Translated Manga from VIZ – The sad thing about online free manga readers is that the scanlation and translators often not cooperating with the artists themselves, basically robbing their works for people to see for free. If you want to support the artist, it’s better to buy the manga itself from notable sources such as VIZ.

• Why Should We Buy Manga?
Online manga readers have always been around for so long that they became people’s go-to when they want to read some comics. However, not many know (or perhaps care enough) about the rights of the artists and translators. Chances are, the manga you read for free is stolen from someone’s translation page or directly from the artist. Even if the translator uploaded the chapters there themselves, they may add a page where they promote their group and politely ask for donations… which often paid no heed by the readers.

Well, if you actually care about artists and translators, then buying officially translated works is always the better choice. Since they are official, we know that they will get some incentive in every book we buy. It will feel like playing the premium online games in, exquisite and seamless.

• About VIZ
So, you want to support the artist and translator? VIZ is here to help you do so. In VIZ, there are selections of manga, magazines, novels, and anime DVDs that had been translated into English and released officially. That means you will be able to enjoy them without the language barrier nor robbing artists and translators from what they should’ve gotten paid for.

Plus, VIZ has its own community where every animanga fan is allowed to join. In fact, you can share your creativity by posting on Facebook, Snapchat, Instagram, or Twitter and tag it with #vizmedia to let others in the community see you.

• Where Can I Buy From VIZ?
You can buy directly from the website. However, VIZ itself already expanded its wings to Amazon Kindle, Comixology, iBooks, Google Play, and nook if you prefer reading from there. Simply choose the manga you want to read and transfer the money as needed. You will be able to read right away through your devices.

The manga sold under VIZ, as well as graphic novels, books, or anime DVD, are fully and officially translated to English. So, if you purchase from them, you actually contribute actual support for the artist and translators – therefore able to push them to make and translate works you’ll read in the future.