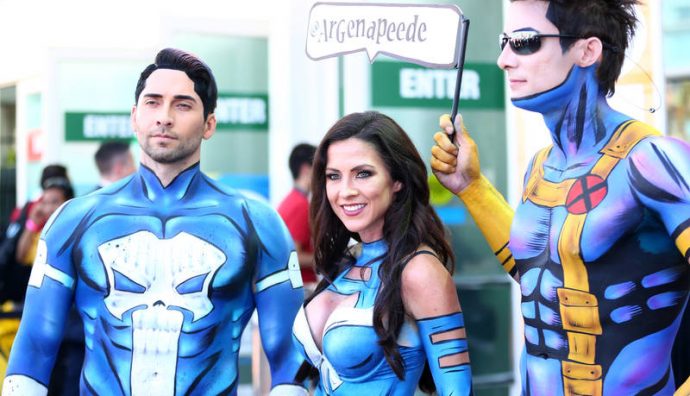 Ever heard of comic con? This event is an annual agenda for comic lovers in the world. Comic con is a multigenre convention held annually in San Diego, California, United States. Initially Comic Con was known as the Golden State Comic Book Convention. But it was later renamed the San Diego Comic Book Convention, better known as Comic-con.

Usually, Comic-con is held for 4 days in the summer in San Diego, Southern California, United States. Usually the Comic-con event is always crowded with fans of popular culture such as comics, games, and various western-style films and series. Of course the comic con was also enlivened with comic communities within the USA.

History of San Diego Comic Con in the USA

If you are a big fan of comics, games, movies, or certain series, you certainly can’t wait to welcome comic con. Especially for comic fans. Usually the annual comic con event is the most awaited by world comic lovers. Usually during comic con there will be cosplay contests, discussions, live shows, and of course the most exciting are guest stars from film players or people who have worked in this field.

Not infrequently presented also officials from comic companies such as Marvel and DC whose comics are now increasingly made into Hollywood films and become box offices in the world.

The comic con event is also a place of creativity for comic fans who want to cosplay their favorite comic characters. Who knows if you join the competition in comic con, you can come out to be a winner and get a big enough prize.

Comic con was initially held by a group of people in 1970 namely Shel Dorf, Richard Alf, Ken Krueger, and Mike Towry. At its inception, this comic con indeed was just a convention for comic book fans. But now the comic con held every summer has been widened and not only for fans of comics.

Usually this event starts on Thursday, then ends on Sunday. On Wednesday evening, professionals and participants in the comic convention usually arrived in San Diego. Of course, comic con has a relationship that is closely related to the comic community in the USA.